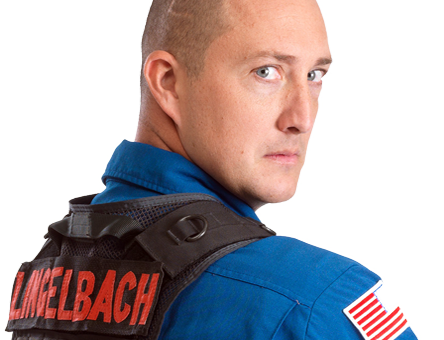 “We use hovercraft on and off our base. Without the level of training sophistication that HTC provided, we would never be able to perform our missions the way we do”

"Trying to fly a hovercraft without training would be nuts!"

Cory Lingelbach admits to being somewhat of a dreamer.
"When I was a kid I always had this dream that I was flying, and I just interpreted it as being a pilot. But it wasn't until I started flying hovercraft that I realized it's like one of those childhood dreams you never understood that has finally come true."

When a plane goes down at the Utah Test and Training Range (UTTR) along the Great Salt Lake, the Air Force looks to Cory Lingelbach and the rest of the rescue team to bring pilots home safely. Fortunately, these accidents don't happen often. More common are instances of planes losing equipment. During testing, planes often lose items such as weaponry, accessories and small parts and it's the rescue team's responsibility to locate the position of dropped items for easy recovery by helicopter.

Traditionally, ATVs have been the vehicle of choice for lost equipment recovery. But the Great Salt Lake mudflats' reputation for "swallowing" patrolling ATVs required Lingelbach's chief Dave Kallman to task him with finding a stronger vehicle for the job. His search for a mudflat-worthy machine ended with the hovercraft.

Flying above the treacherous mud surrounding the lake was just what the rescue team needed to safely recover planes and equipment. But flying hovercraft is very different from driving ATVs. Lingelbach knew the team would need proper training, and he found Hovercraft Training Centers (HTC) up to the task.

Lingelbach enrolled in HTC's advanced training course, which includes hard access, fast-flowing water rescue and nighttime operational training. For he and his team, learning how to operate a hovercraft properly has not only proven to boost the safety of their rescues, but it has also dramatically improved their response times. The UTTR Air Force rescue team has reduced its recovery time from an average of two hours with ATVs to just 20 minutes with hovercraft. The team also spends less time planning and routing. What were once obstacles on the mudflats the team used to avoid, they now fly over with ease.

"As EMTs, we are given that 'cold hour,' starting from the moment a crash occurs," Lingelbach explains. "From the moment of impact you've got one hour to get them to a hospital. So that's five to ten minutes that we don't have to launch from the boat ramp, don't have to find the best route through the water."

Thanks to the education gained through HTC's training program, Lingelbach and his rescue team are able to fly straight over the water to get exactly where they need to go - and fast.

Thanks to Lingelbach, his team and countless other military rescue squads, every life saved is another dreamer who can keep on dreaming. 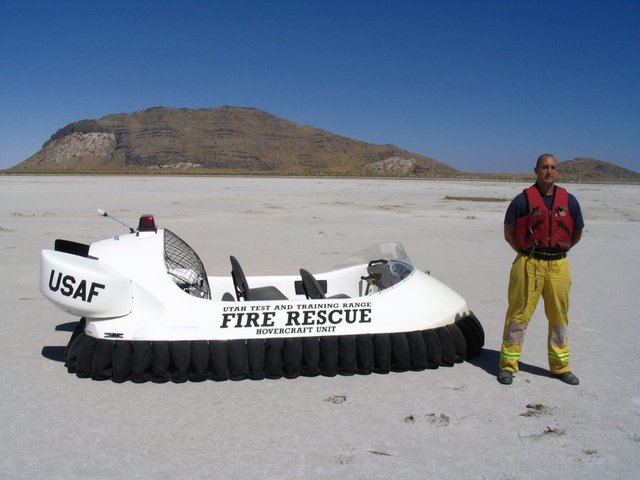 Cory Lingelbach with one the of the UTTR's military rescue hovercraft on Utah's hard salt pan. Read about its F-16 crash rescue …

Training the nation's finest: Cpt. Lingelbach and his team from the Utah Test & Training Range at Hill Air Force Base completed a week of specialized military flight training at Hovercraft Training Centers in Terre Haute, IN. See the UTTR pilot training photo gallery…