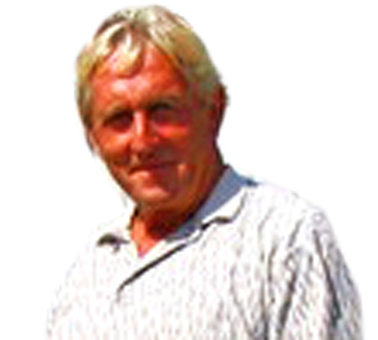 “My hovercraft is much better than a boat for fishing. And when it floods, I still have access to the streets, even though they’re full of water."

"The hovercraft is just a joy to get in and ride - it's totally unique!"

Some 40 miles from the coast, Gary Gray's home of Sulphur, LA, part of the greater Lake Charles area, is heavy hit during tropical storms. A dedicated recreational hovercraft pilot, Gary brought his new craft home the day before Hurricane Rita hit and has been playing hero (and something of a trickster) ever since.

One of the most intense Atlantic hurricanes on record, Rita caused $12 billion in damage to the U.S. Gulf Coast in September 2005 and flooded Gary's area. Many of his neighbors were completely cut off from the grid, with no access to electricity, groceries, or other essentials. Naturally, Gary is a popular guy when disaster strikes.

"When it floods, I still have access to the streets even though they're full of water," he says. "I take people to and from the grocery store. One neighbor had a generator delivered, but the truck couldn't get to his house. It was easily over 300 pounds. So I went to meet the delivery truck and put it in the back seat of my hovercraft and everything was fine. I drove it over to his house about six blocks away and shut her down."

"We looked at each other and said, 'Now how do we get this thing out of here?'" he laughs.

In more stable times, Gary loves to take his hovercraft fishing, preferring it over his boats. Occasionally, he even wields his craft like a smirk.

A few years back, the city of Lake Charles threw a festive holiday gala at the town's wharf. Gary played the role of Gulf Coast Santa - fully costumed, with his hovercraft as a sleigh. He even cleared it with the local Sheriff to do a hovercraft demonstration at the event and timed his grand entrance just after the local Girl Scouts sang a Christmas carol.

"I got an extra battery and I sat on the shore with all my lights off. I waited for the mayor to give his speech and the girls to sing their song. I knew I had 4 minutes before the boats would pass," he recalls. "I turned my lights on and now I'm coming in! I'm flying backwards and doing all kinds of pinwheels and all that. All of a sudden this huge 30-foot sheriff's boat comes up and almost swamps me. The Sheriff yelled 'What the hell are you doing?' I said, 'I'm entertaining the crowd here.' He said, 'Don't you know you can swamp those kayakers right there?'"

What the Sheriff didn't know was that - unlike Gary Gray - hovercraft don't make waves.