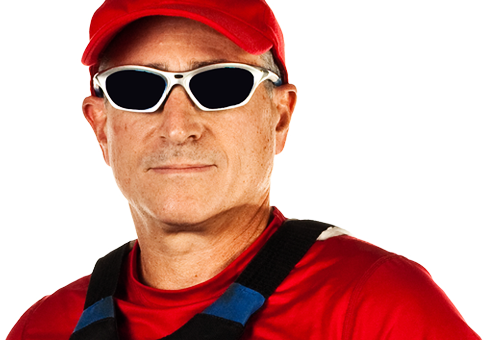 “Hovercraft will be my next recreational toy, but there's a lot to know before you get on one of these things. Look at it this way, would you just jump in an airplane and start flying?”

"The training cut down the learning curve to just 24 hours, instead of 24 months!"

Who says grown men can't play with toys? Certainly not recreational vehicle enthusiast and Arizona native, Gary Meyers. When it comes to Gary's latest toy du jour, he only has eyes for hovercraft.

As a former investment manager, Gary is the type of guy who really does his homework – he researches a product before trying it out. He was quick to explain that he came into his training session with a solid understanding of its importance. Gary began hovercraft pilot training with a clear sense of respect for the craft which, as many new pilots find, can go a long way when learning to fly. 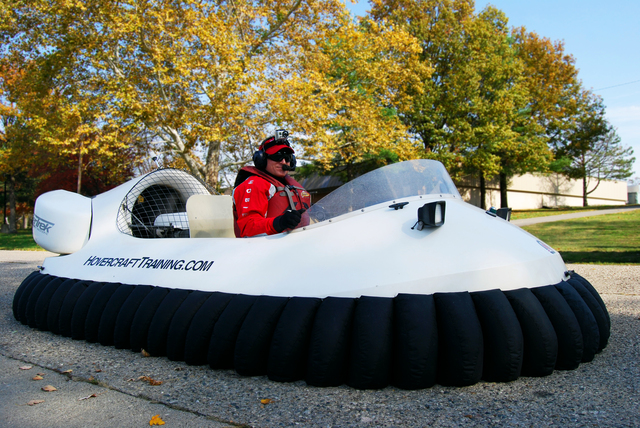 Gary's fascination for hovercraft all began one day as he was nonchalantly flipping through a popular electronics catalog. Upon seeing an insert for hovercraft, Gary's interest was officially piqued, to say the least. It was this genuine intrigue for hovercraft that ultimately led him to Hovercraft Training Centers' headquarters in Terre Haute.

Gary enrolled in the Hovercraft Training Centers flight training course to explore the idea of adding a hovercraft to his outdoor adventure hobbies around beautiful Lake Havasu, where he lives. See photos …

"I called Neoteric Hovercraft and it was strongly recommended that I not invest anything in a hovercraft without this training," Gary noted. "Now that I've been through a factory tour, I understand exactly why. Understanding the physics of airflow, the weight balance, lift and thrust is important."

Being the fun-loving, thrill-seeker that he is, It may come as no surprise that Gary is experienced when it comes to many forms of recreational vehicles, and he noticed some similarities in the instructions for both ATVs and hovercraft.

"I use jet skis and ATVs, and the instruction manual of piloting a hovercraft reads a lot like the balance you need to know for driving an ATV … leaning into a turn and when to use a throttle, making it your best friend, etc.," Gary explained. "So I hoped it would translate well into the hovercraft."

After having completed the training himself, Gary's support for it only seemed to grow from there.

"One of the things that's definitely unique is that you have to have a feel for it. I wouldn't sell a hovercraft to somebody didn't want to take the training. It would take a long time to figure out on your own. [The training] cut down the learning curve to just 24 hours, instead of 24 months!"

As for how he thinks someone would fare without proper training, Gary's opinion is clear-cut:

"It's going to be a very costly experience and they'll break it the first time. If they have no idea how it handles and they get in without any training, they will run into something," he cautioned. "You can't learn by just watching the video. I thought I could watch a video and figure it out, but actually once you get into it you realize it's not gonna happen. Take the training."

While we may jokingly refer to hovercraft as toys, in truth, they are so much more. As powerful, intuitive and infinitely entertaining vehicles, they have the unique ability to make their pilots feel invincible – like they can do anything, go anywhere. So, we'll see your "toys" and raise you a hovercraft.
PREVIOUS | NEXT
Register for Training