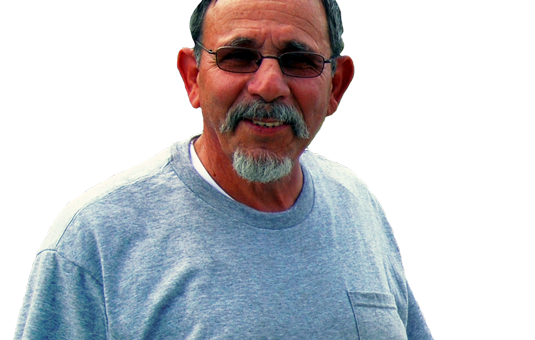 “Hovercraft are more exciting than anything else – boating, kayaking, SCUBA. I can go places boats can’t go and it’s not as expensive as flying.”

"If you're not going to take the training, don't buy the hovercraft."

Every once in a while you meet a guy who just knows how to have a good time. George Saponari is one of those guys.

"I'm kind of a risk-taker," he says. "That's why I became a police officer and that's why I hover - it's a rush. Hovercraft is in between flying and boating and I love to do both."

After a career of more than 20 years in the Air Force, where he served as a helicopter fixed wing captain and then as a motorcycle cop, this adrenaline junkie is still searching for that fix. A master SCUBA diver, captain of his own 28-foot Sea Ray, motorcycle rider, and kayaker, George takes full advantage of the sand and surf of his sunny Florida home. But of all his toys, he loves hovercraft best.

"Hovercraft are more exciting than anything else - boating, kayaking, SCUBA. It's a challenge every time you take it out - a challenge to do something different with it. It's ideal because I live in Florida where there's a lot of sand and water. I can go places boats can't go and it's not as expensive as flying. I can go anywhere."

Despite his years in the helicopter as well as in the hovercraft pilot's seat, George believes his hovercraft training continues every time he takes it out.

"I wouldn't say I've mastered it," he says. "I can usually fly wherever I have to go, but there's still a lot left to learn. It's because of the training that I can think in any situation, 'What is the best thing to do here?'"

George describes the hovercraft piloting experience as being similar to that of a jet ski, but more challenging.

When asked if he would have figured out how to fly hovercraft on his own without professional training, he just lets out a hearty laugh.

"Not without the training. Whew! No way!" he insists. "This is not something you just jump in, turn the key and go. I do have helicopter experience, so it came a little more naturally to me. But still, you can't just hop in and go play. I wouldn't even touch that thing without training. You start it, then put the throttle up and it starts lifting up and you think, 'Oh man, where are we going?'

"If you're not going to take the training, don't buy the hovercraft," he says.

With proper training, George believes hovercraft could revolutionize the way his police department responds to rescues and disasters and he has tried to persuade his superiors to consider making the switch.