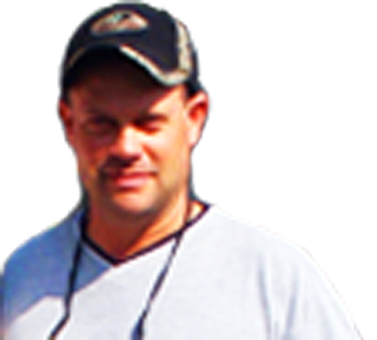 “ It’s much less expensive and we’re not relying on someone to do the flying.”

"It's easier just to learn it in class and be aware before you start."

Jeff Miller, a wildlife technician at the Winous Point Marsh Conservancy, oversees a 5,500 acre marsh and maintains a wildlife habitat on the shores of Lake Erie's Sandusky Bay in Point Clinton, Ohio. The Conservancy's Winous Point Shooting Club is the oldest duck hunting club in North America, founded in 1856.

Each season, Miller sows Japanese millet - a delight for game ducks - over the vast mudflats. In years past, the Conservancy hired an airplane to broadcast the seeds, a costly and logistically challenging endeavor. A hovercraft gave Miller and his team an all-season access pass to the wetlands, and the freedom to work on their own schedule.

"You can get into a lot of spots with the hovercraft that you can't get a tractor or 4-wheeler or anything else into," he says. "And we can get out there whenever we need to. If we've got a good spot with a lot of mud showing we can just buy the seed and broadcast it over the mudflat. It's much less expensive and we're not relying on someone to do the flying. It also gives us a wider range of when we can put the millet on. We can stage different areas as we pull the water off and use the hovercraft at different times whenever we want."

Weather in the Ohio Valley runs the gamut and can make the marshes difficult or even impossible to reach. Strong winds can blow the water out of the access bay, leaving mud and soft sand - unnavigable by the punt boats and Louisiana pero boats normally used by the club. In winter, the thin ice is impassable. Their hovercraft allows the Winous Point Shooting club to ferry hunters to suitable hunting spots all season long, in all weather conditions.

Although Miller uses his hovercraft for work, it's not strictly business. "It's a real pleasure to fly," he says. "I was surprised by how exciting it is. But it is difficult. It's like driving your vehicle on ice - only three times worse. It'll go ways you'd never think of. You could probably end up doing a lot of damage to the hovercraft if you don't take the class."

Miller's team bought their hovercraft in a kit and assembled it themselves, which gave them a jump on the mechanics of the craft. Still, he credits Hovercraft Training Centers maintenance training for the team's ability to keep the craft shipshape completely in-house.

"Maintenance training definitely showed us what we need to be aware of," he notes. "Like how to repair a broken skirt, the general maintenance of the motor, sparks plugs. I might have been able to figure it out on my own over time, but you'll end up doing a lot of damage before then. It's easier just to learn it in class and be aware before you start."